Cricket Ireland chief executive Warren Deutrom has conceded that there is a “high risk” that home series against New Zealand and Pakistan this summer will fall victim to the coronavirus pandemic.The start of the Irish season has already been pushed back to the end of May, meaning that Bangladesh’s scheduled tour for three ODIs and four T20Is has been postponed, and with international travel severely limited as things stand, it is possible that Ireland will not play a single home fixture this summer.New Zealand are due to play three ODIs and three T20Is from June 19, while Pakistan are scheduled to play two T20Is in July in between series in the Netherlands and England.”We’re all going to have to take a pragmatic approach – we just don’t know what’s going to happen even if sport does get back up and running in June,” Deutrom said. “With regards to international cricket, we remain in a wait-and-see holding pattern. Clearly, there is a high risk that our men’s home series against New Zealand and Pakistan… may be postponed if government restrictions remain in place.”Of course, some of the challenge we face in trying to bring some degree of certainty are no different to any other sport with international opposition – for example attaining visas for visiting teams and their support staff may not be possible as the Department of Foreign Affairs and the UK Foreign Office are currently not processing visa applications.”In addition, each country will take the advice of their home government, so teams may not even be in a position to travel to Europe. More specific to our situation, both New Zealand and Pakistan are visiting multiple countries on their tours, so that adds an extra layer of complexity. Then there are more logistical issues such as hotel and international flight bookings, the movement and staffing of broadcast facilities, and complying with the restrictions that may still exist around large group gatherings.”Two weeks ago, NZC chief executive David White indicated that the tour to Ireland, Scotland, the Netherlands and the Caribbean was “most unlikely”, while PCB chairman Ehsan Mani told the board’s podcast this week that “preparation for the tour might become an issue if this keeps going the way it is.””It will also depend to a large degree on what the situation is like in England and Ireland,” Mani said. “If those series are disrupted, it will have a lot of impact. [The national boards] will also obviously have a huge financial impact. To reschedule those [tours] to fit into a future FTP will become a big challenge.”Irish cricket faces a further obstacle in that it has no permanent stadium, and relies heavily on temporary infrastructure at home fixtures. “Not only does this extend our lead-times for series preparation,” Deutrom said, “but also – at this time of crisis – we are aware that there is a shortage of temporary or portable infrastructure on the market as most is understandably in use by [Irish and Northern Irish health services].”The groundsman at Malahide – the ground near Dublin due to host both fixtures against Pakistan – has been temporarily repatriated to England by the local club, and Deutrom has previously indicated Cricket Ireland would monitor its readiness to host international cricket once restrictions are lifted.Deutrom also confirmed that the board has taken measures to preserve jobs and “to buffer the organisation through at least the next two months” with revenue shortfalls expected through loss of broadcast and sponsorship revenue. All non-playing staff have taken a 20% wage cut for April and May, while Deutrom himself will take a 25% cut for the rest of the calendar year.Centrally-contracted players have not been asked to take a cut on their retainer, on account of the losses already incurred due to the absence of match fees. “To ask them to take a further cut to their base remuneration… would be unreasonable,” Deutrom said.It remains to be seen how well-equipped Cricket Ireland is to deal with the crisis financially, with the annual report for 2019 due to be published within the next few weeks. The board’s 2018 accounts showed that cash reserves had been depleted to just €13,470 (14,700 USD approx), with the achievement of Test status leading to vastly increased costs, while Mani has warned that many boards will “feel the pinch” of the crisis, not least if the T20 World Cup is postponed. 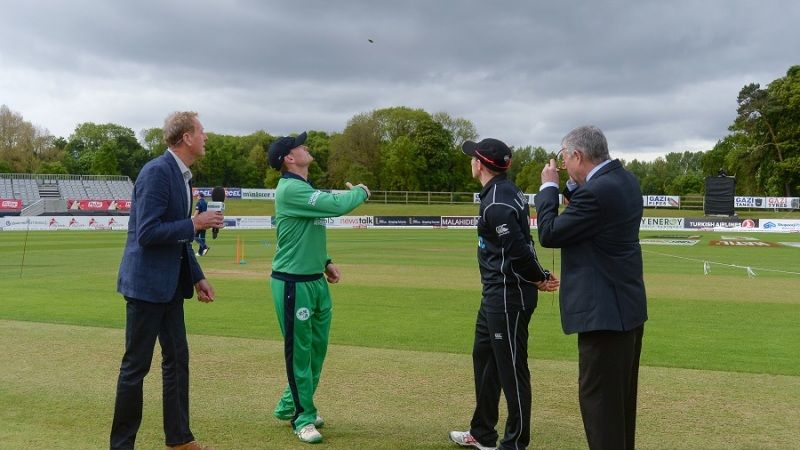