West Indies Test captain Jason Holder wants his team to “make amends” for their 2017 defeat in England, should their planned Test tour for this summer go ahead. Holder is confident that he and his men now have the experience as well as confidence to win a Test series in England, a feat last achieved in 1988 when Viv Richards’ team blanked the hosts 4-0 in the five-Test series.This year, West Indies were due to arrive for three Tests in June, but the series is likely to be postponed due the UK government’s directive against social gathering to combat the Covid-19 pandemic. More than 1.6 million people have been infected by the coronavirus worldwide, with the UK recording so far close to 9000 deaths (in hospitals only).Both the ECB and CWI are scheduled to discuss various options based on when the series could be played during the English season, which was meant to commence on Sunday. Originally the West Indies were scheduled to play three warm-up matches with a preparatory camp at Hampshire’s Rose Bowl, but those plans would now have to be reworked.ALSO READ: ‘I see light at the end of the tunnel for WI’ – HoldingNonetheless Holder said he would remain upbeat if the tour did happen. Joe Root and his team must take Holder seriously also because England lost the Test series 2-1 in the Caribbean in 2019. Although West Indies lost the final Test in St Lucia, the series was a dead rubber by then after Holder’s men had registered emphatic wins in the first two Tests. In the first Holder had recorded his personal best of 202, which set up an innings win.”Yes, very, very confident,” Holder told the Cricket Collective podcast on talkSPORT, asked about the scheduled England tour. “This series will be tougher than the one in the Caribbean because we are obviously going in their backyard. England are very, very good team in their backyard. Even although we beat them in the last series I’ll still England will start as favourites.”According to Holder another advantage West Indies would have this time was the added experience some of the players had gained playing in England, with himself and Kraigg Brathwaite having played county cricket. Holder did not expect the “nucleus” of the Test squad to change “drastically”, which meant most players would know what to expect from the conditions.Holder termed the 2017 result was also a “success” after his team recovered from demoralising defeat at Edgbaston in the pink-ball Test in the series opener to level the series in the next match by scripting history at Headingley – their first win in England for 17 years. Although they lost the decider at Lord’s, they were well-prepared when England toured 18 months later.”I am looking forward to it personally,” Holder said. “You’ve got guys like Kraigg Brathwaite who has played county cricket as well and international cricket there. Shai [Hope] has played enough international cricket and did really well as well. So we have some guys going back there with a vengeance.”If you speak to a lot of guys who were on that tour in 2017 everybody will say they can’t wait to go back and probably just make amends for what would’ve happened in 2017. We believed personally in our abilities, it is just a matter of understanding the conditions and now that we’ve had that experience I should only hope that we should be able to then put into practice and make a better show than we did last time.”Holder said he had confidence in the West Indies bowling attack and was hoping Shannon Gabriel would be feature in the England Test series if it goes ahead. Gabriel underwent ankle surgery in November last year and has been in rehab since then. But Holder had spoken to Gabriel and assured him of lending him ample rest time for him to be completely fit for the England tour.”I’ve spoken to Shannon personally a few times over the last couple of months. He is confident that he will be ready for the England tour. Obviously he hasn’t had the chance to play any cricket and he’s just trying to get himself back to a reasonable level to get back on the field.”I’ve said to him and to the management staff as well – I don’t think we should be pushing him to force him to play cricket before England. We just need to be very, very patient with him. He’s been a senior member of our team for a number of years and I would think that we would express that luxury to him to give him as much time as he needs to recover and make sure his recovery process is carried out properly before rushing him back onto the park.” 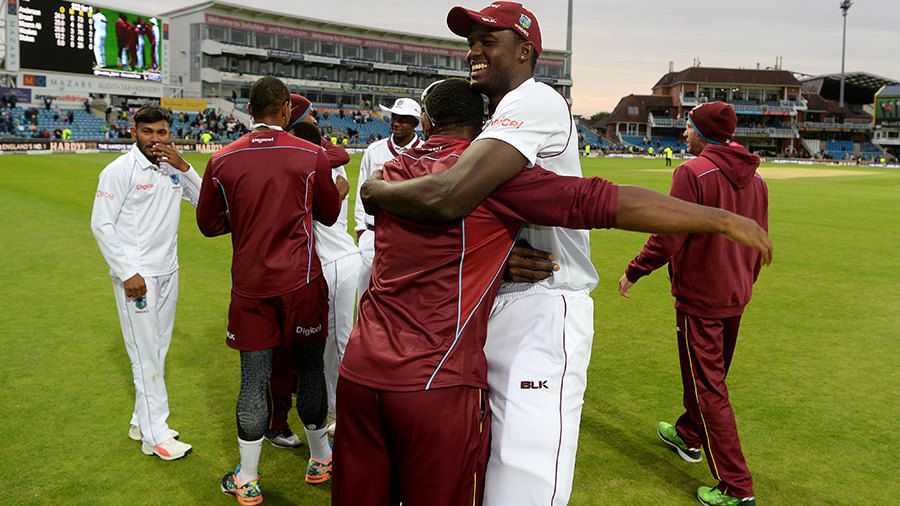