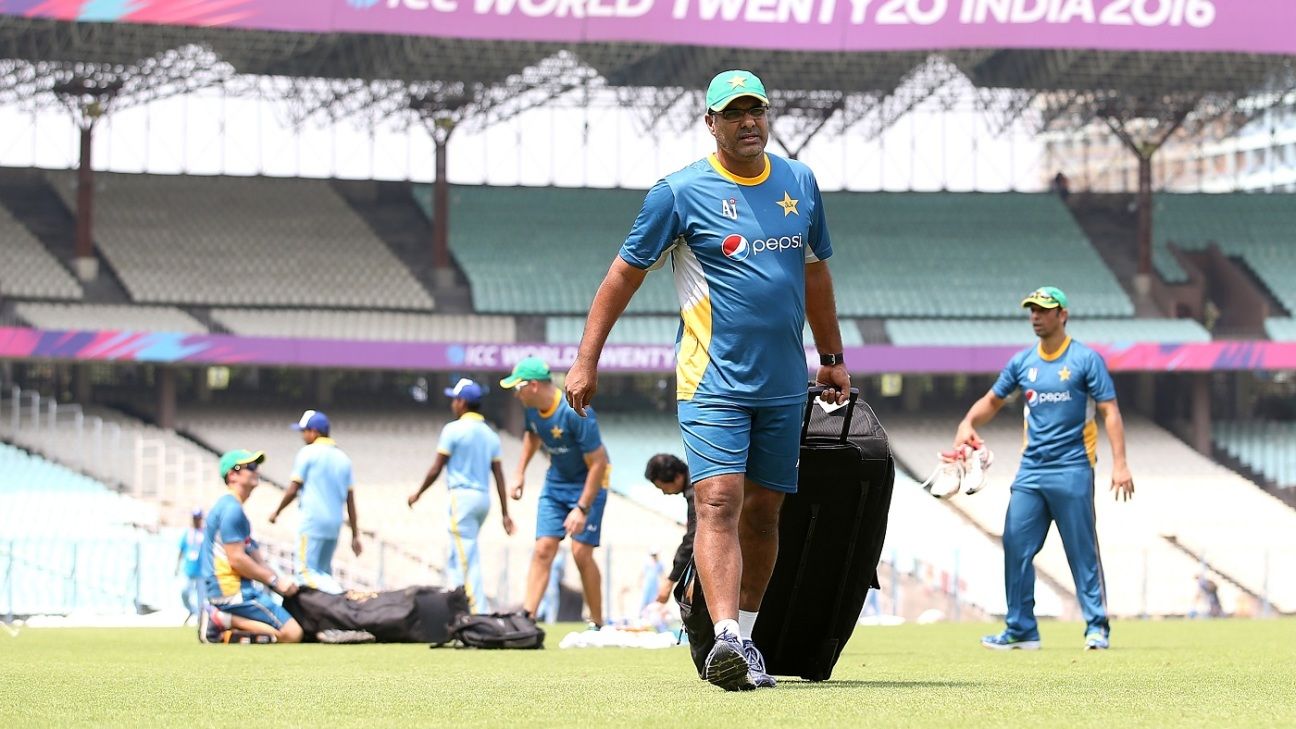 The way Mohammad Amir and Wahab Riaz “ditched” the Pakistan Test set-up, retiring from the format to focus on white-ball cricket, ahead of the matches against Australia last year left bowling coach Waqar Younis hurt but not holding a grudge.”Just before the Australia series, they ditched us and we had the only choice to pick youngsters,” Younis told presspersons during a video conference arranged by the PCB. “We were the new management and decided to go on with taking in the younger lot and groom them. Misbah [-ul-Haq, the head coach and chief selector] spoke about this earlier about having a policy about players deciding what and what not to play.”We cannot control players’ choice on what they want to play, but then there should be a mechanism so we all are on board. It never should be like players leaving last moment and not keeping anyone in the loop or giving enough time for back up.”ALSO READ: Pakistan’s domestic players set to lose if English season cancelledAmir, 27, gave up Tests in July in order to manage his workload and extend his white-ball career for Pakistan as well as in T20 leagues around the world, while 34-year-old Riaz followed suit in September, taking an “indefinite break” from red-ball cricket.Coming into the squad as bowling coach after two stints as head coach, Waqar was forced to work with an inexperienced bowling line up – bar the out-of-form Yasir Shah – in Australia. Imran Khan, Naseem Shah and Shaheen Afridi did pace duty in the first Test in Brisbane, while Mohammad Abbas and Muhammad Musa replacing Khan and Shah in the second Test in Adelaide, both of which Australia won by an innings.”It’s not like I am saying we could have won in Australia but we could have done better than what we have done,” Younis said. “But now we have a bench and we are building it up and expanding it so that we cannot face any problem going forward. I know and you know that there are so many leagues around the world and these boys want to play it. It is just four overs and take money and they remain in their comfort as well, which sometimes damages the country.”It’s not like we have lost a lot, but yes they left us at the wrong time. But anyway, we don’t have any grudge against them. I still feel they have a lot to contribute in white-ball cricket and they should carry on playing for Pakistan. But we have got a lot of fast bowlers now. From PSL, we have seen so much potential. There is big talent out there and each one is skilful and they all have a role going forward somewhere in the near future. It’s not like they will start doing wonders at once. These young boys need to be blended with the experienced guys. You cannot buy experience overnight – it comes with age – and I am sure these young boys have the knack and each one has the aptitude to serve Pakistan for at least eight to ten years.”Wahab Riaz and Mohammad Amir have quit Tests to focus on white-ball cricket IDI via Getty ImagesCricket around the world has come to an indefinite halt because of the COVID-19 pandemic and players have been reduced to trying to stay fit at home. For Younis, it’s a difficult time but an opportunity for the players to utilise their time well. When asked if he was worried about the lengthy layoff, Younis said, “It depends how lengthy this will go on… if it’s a shorter one with another one or two months and things start to get normal then it won’t hurt.”But still we have given them [players] a structure to follow whatever they can do being at home. Especially the things which can keep them geared up and motivated. Everyone around the world is in the same boat and problems are nearly the same for all of us. So, to be honest, I am not worried at the moment. We just finished PSL and boys had been on the run since the Australia tour until last month. So it’s just a couple of weeks so far and nobody will forget the basics of the game. But I will probably start to get worried after Ramzan and Eid [April-May], and if it goes further then that’s where I am afraid things will start to go out of hands not for us but for the entire [cricketing] world.”Some of the top players have set up home gyms, and the PCB has given them diet and training plans, while also asking the players to watch their videos and stay in touch with coaches.”This is the time we can still utilise for good reasons,” Younis said. “These days cricket doesn’t have gaps in between so this is the time a player can use to spend time with family and recharge his body. There are times when you want to go far away from playing cricket and need a break so just take it that way and relax. I love watching the boys challenging each other on social media on fitness and having a good time. Of course, it is not the same [when you have a longer break]; you have to be in your groove when it is a time.”You can’t have that until or unless you go out on the ground. If you don’t work on your skill set, it is definitely going to impede your growth and you will go on the back foot. In fact, everyone will have an impact. Not only players but coaches will also face the challenge, but I am very much hopeful that this all will end up soon and things once again will start marching towards normalcy.”