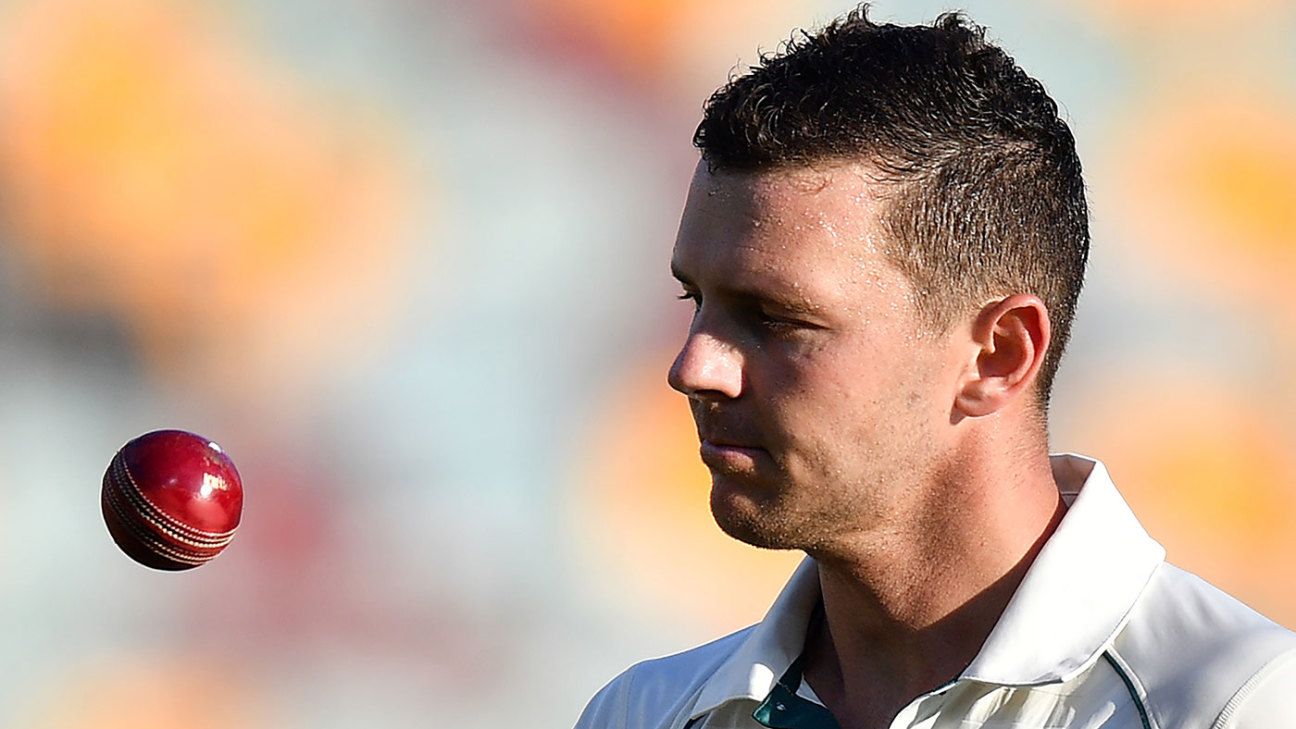 Fast bowlers may have to find different ways of shining the ball when cricket resumes after the Covid-19 pandemic if the risk of using saliva as a way of keeping one side of the ball shiny to help produce swing is deemed too great.Australia fast bowler Josh Hazlewood believes that the Test game would become very tough for bowlers if saliva were taken out of the equation. “I think the white ball would be fine, [but] Test cricket would be very hard. Bowlers rely on any sort of sideways movement in the air,” he said. “If you didn’t maintain the ball at all for 80 overs it would be quite easy to bat after that initial shine has gone.”Whether you use saliva or sweat, maybe one person can do it. I’m not sure. It’s something that will have to be talked about when we get back out there and hopefully come up with a solution.”Australia’s last match before the game was shut down was the ODI against New Zealand in Sydney, which was played behind closed doors. While celebrations took a new twist to avoid hand contact, the bowlers continued to maintain the ball in the traditional way.”If it’s at that stage where we’re that worried about spread of risk, I’m not sure we’d be playing sport and bringing ourselves out of isolation if we were that worried about it still,” Pat Cummins said earlier this month. “It’s a tough one; it’s actually something we spoke about before the SCG game against New Zealand, the one-dayer, we made it clear we’re obviously really keen to play, but if we’re going to have to have things in play that really change the way we play the game then… we don’t want to break the integrity of how we’ve played in the past.”However, last month, before the cricket world was brought to a stop, how to safely manage the ball had been something Bhuvneshwar Kumar had addressed ahead of the first ODI against South Africa, which was subsequently rained off before the tour itself was deferred.”We have thought about this thing [not using saliva] but I can’t say right now we will not use saliva because if we don’t use saliva then how will we shine the ball? Then we will get hit and you people will say you are not bowling well,” he said. “But it’s a valid point and let’s see we will have a team meeting today and whatever instruction we get.”Former Australia pace bowler Jason Gillespie, now coach of Sussex and the Adelaide Strikers, believes a wide range of solutions will need to be discussed.”I don’t think anything is off the table,” he told ABC Grandstand. “It could be a point where at the end of each over, the umpires allow the players to shine the ball in front of them but you can only do it then. I don’t know. Is it just sweat? Can you only use sweat? “I don’t have an answer to that but it certainly will be a conversation that will be had. If you think about it, it is pretty gross.”