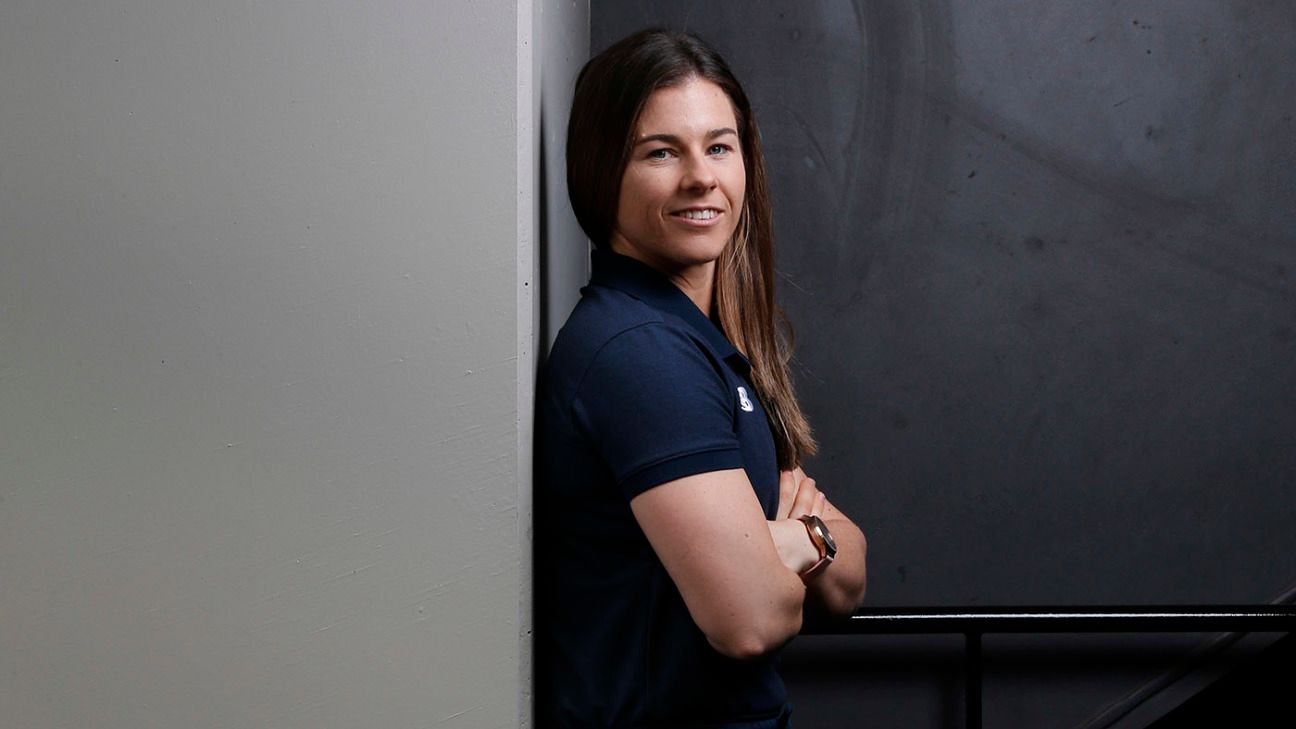 Tammy Beaumont says the nature of England’s exit from the Women’s T20 World Cup will sting for a long time to come.Having lost their opening match to South Africa, England finished second in their group and had their semi-final against India abandoned without a ball being bowled because of rain. With no reserve day, India advanced as leaders of their group to a final against hosts Australia, who defeated South Africa in a rain-affected semi-final before securing an emphatic victory in the title decider on March 8.”Going out on a washout, a rain-affected game, it’s still hard to put into words how you feel about it,” Beaumont told ESPNcricinfo. “The raw emotion of when I’ve played in semi-finals and lost before is more obvious almost. This one’s going to burn and be annoying and niggly over a long period of time, almost until we get the chance to play again.”You can argue until the cows come home we should have had a reserve day, but at the same time we also should have beaten South Africa and come top of the group and then we wouldn’t have been on the wrong end of it.”England’s women were due to return to full training on April 14, meaning they have only missed a week of work so far as a result of the UK’s Covid-19 lockdown. But being confined to individual fitness programmes at home while the shape of the season remains uncertain, there is arguably more time to reflect on their World Cup disappointment.Similarly, Beaumont has had time to ponder her own performance at the tournament, where she had limited opportunities in an unfamiliar finisher’s role. When she was finally promoted to open alongside Danni Wyatt in a swap with Amy Jones, who had struggled as an opener, Beaumont was out for a second-ball duck in England’s final group game, a 46-run victory over West Indies.”At the back end, things weren’t quite working out with the batting order and I got moved back to the top and obviously didn’t really take that opportunity either against West Indies,” Beaumont said.”But I felt really good going into that semi-final and was really hoping I could make quite a big impact in that game. It wasn’t to be and it’s probably one of the tournaments you look back on as more of a learning experience and something to motivate me going forward.”Tammy Beaumont looks to the heavens after falling for a duck Getty ImagesIn 67 T20I innings, Beaumont has batted in the top three 43 times, averaging 27.25 in 29 appearances at No. 2 with a strike rate of 112.86 and 26.30 in 13 matches at No. 3 with a strike rate of 113.36.She played at No. 6 in two matches during the tri-series with India and Australia immediately before the T20 World Cup and then scored nine runs at No. 7 against South Africa and six at No. 6 in England’s win over Pakistan during the group stages.”I’ve been quite open in saying that I’ve always been more comfortable in the top order or opening or batting at No. 3 so I think that was nice to go back to what I know,” Beaumont said.”It was a little bit of a pressure situation in a must-win game in our last group game, to go in in that situation and know that if we got through it would be straight into a World Cup semi-final, when I think at that point I’d only faced maybe 10 balls in the whole tournament. But that’s what you train for as a professional cricketer and the fact that they felt comfortable doing that with someone like me, I actually felt pretty good about.”It didn’t come off, I didn’t quite repay the selection, but hopefully in the future I’ll get another chance and I will get to repay the faith of the coaches and the captain.”Jones played more freely at No. 6 against West Indies, scoring an unbeaten 23 off 13 balls, which may prompt coach Lisa Keightley to persist with Beaumont at the top of the order and Jones lower down. The pair have regularly opened in one-day cricket in recent times but, with Wyatt enjoying some success opening with Beaumont at the top of the order against Pakistan late last year, England captain Heather Knight suggested her side may stick with a similar line-up for the 50-over World Cup, scheduled to be played in New Zealand in February and March.”It’s something we’ll have to look at again, ” Knight told ESPNcricinfo’s Switch Hit podcast. “Fifty-over cricket is definitely going to be our focus when we do get back playing and Tammy has proven that she’s a world-class opener in 50-over cricket so she’ll most definitely head to that role.”Danni moved up to open in 50-over cricket on that tour to Malaysia against Pakistan and did it very successfully. We see Amy as quite adaptable in terms of where she can bat.”We haven’t quite solved it yet and, to be honest, I don’t think we’ve solved it in 50-over cricket… that 6-7 role is a little bit up for grabs. There’s people who have had shots at it, haven’t quite done it or taken the role and made it their own, so that’s something that we definitely have on our list of things to get right leading into the World Cup, and hopefully we get a good run of matches before that to try and solve it.”