PCB chairman Ehsan Mani expressed Pakistan’s disappointment with the ICC’s decision to split points for an ICC Women’s Championship series between India and Pakistan that went unplayed after the BCCI were unable to obtain permission from the Indian government to go ahead with the series. The decision meant India qualified for the 2021 Women’s World Cup, while Pakistan were consigned to playing the qualifiers, finishing on 19 points compared to India’s 23. The ruling is particularly significant for Pakistan because had the ICC awarded them all six points, as was the case in a similar scenario in 2016, Pakistan would have qualified for the playoffs automatically, while India would have had to go through the qualifiers for the Women’s World Cup.”We are of course disappointed with the decision, but our team (comprising the CEO, legal department, and other heads) is reviewing the matter. Once that’s done, we will be able to comment,” Mani told Sportstar.ESPNcricinfo understands the PCB has been in touch with the ICC, but there has been otherwise near total silence over the decision, which came on Wednesday. There is anticipation of a statement in the coming days once the PCB conducts a full review, but the prolonged delay after which a reaction may come suggests the statement could be more conciliatory than combative.The PCB had attempted to engage with their Indian counterparts about the series on the sidelines of the last couple of ICC meetings, a series they viewed as a bilateral issue rather than one that needed ICC engagement. It appears they did not receive a meaningful response from the BCCI, either in writing or verbally.In 2016, the ICC decided to give Pakistan full points when India failed to show up for a series, but there is one difference that looks to have secured a more desirable outcome for the BCCI. On that occasion, the BCCI offered no written explanation for the failure to proceed with the series, and the technical investigation committee found the BCCI had not been able to establish “acceptable reasons” for non-participation in the series.This time around, the BCCI engaged with the ICC early on, making its stand clear about why it could not play Pakistan in the ODI series scheduled in 2019. ESPNcricinfo understands the BCCI made extensive submissions as early as 2018 demonstrating that it could not get the relevant permission from the Indian government to play Pakistan. That helped the ICC’s technical committee to invoke the force majeure clause on this occasion.”With respect to the India v Pakistan series, the TC (technical committee) concluded that the series could not be played because of a Force Majeure event after the BCCI demonstrated that it was unable to obtain the necessary government clearances to allow India to participate in the bilateral series against Pakistan, which forms a part of the ICC Women’s Championship,” the ICC said in the media release on Wednesday.The technical committee comprises Geoff Allardice (ICC general manager of cricket), Chris Tetley (ICC head of events) and Jonathan Hall (ICC general counsel). 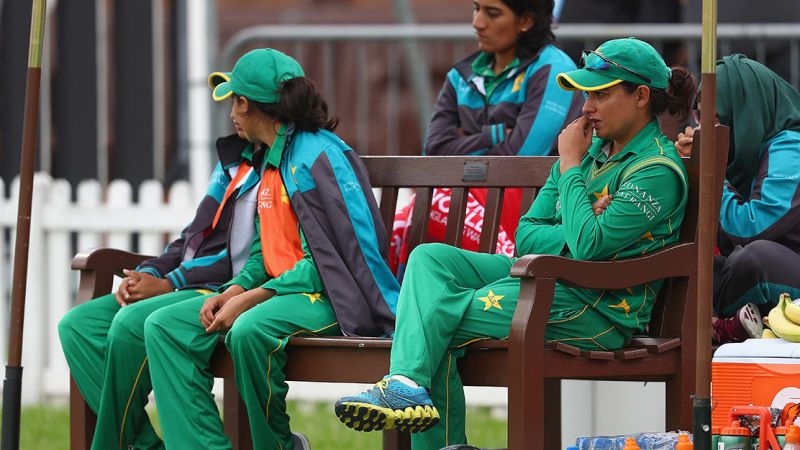