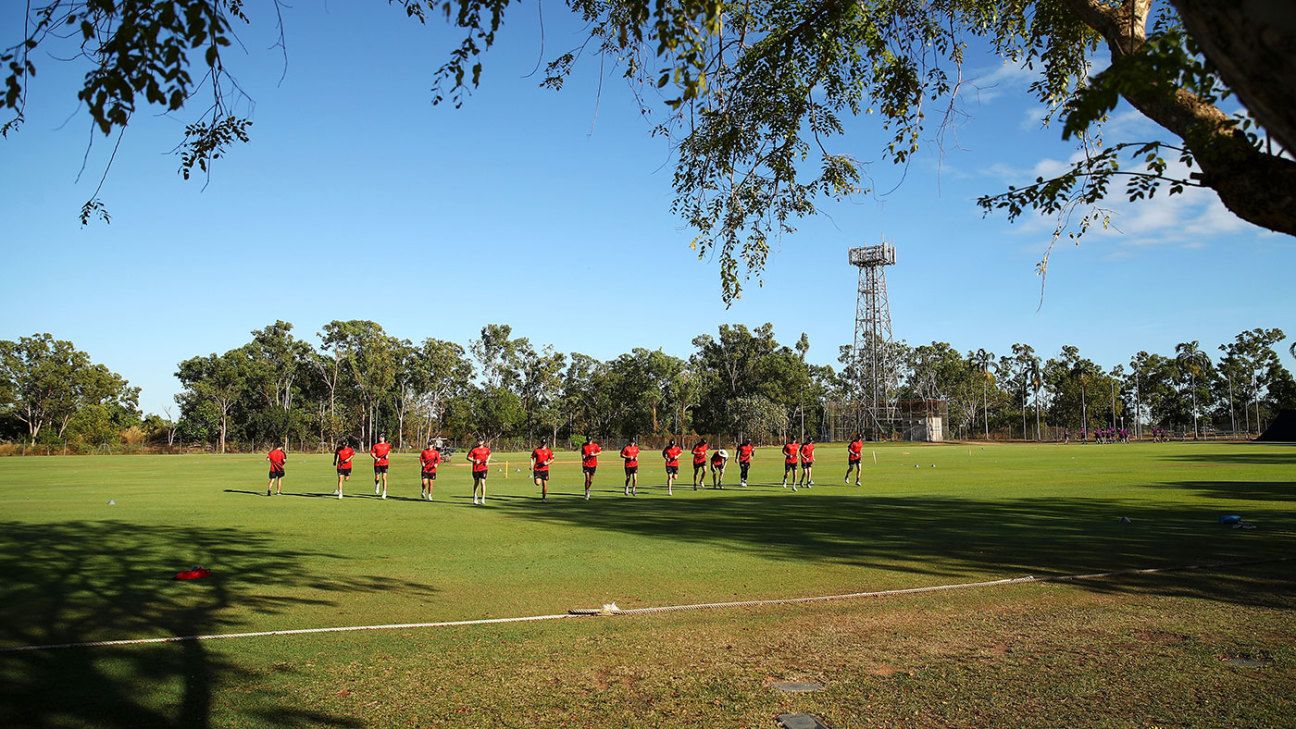 Darwin is set to see the resumption of cricket in Australia for the first time since the sport was shut down by the Covid-19 pandemic and Northern Territory Cricket (NTC) is open to being a testing ground for how the game needs to adapt.The Darwin and District Cricket Competition, which would have normally begun in April, will now start with a T20 tournament over the Queen’s Birthday weekend from June 6 before a one-day competition begins and runs until a final on September 19.Darwin is currently one of the most open places in Australia, having significantly loosened Covid-19 restrictions in recent weeks. NT Cricket has worked closely with Cricket Australia on the guidelines that will be in place including areas such as not sharing kit and how to maintain the cricket ball which is an issue that reaches the top level of the game.ESPNcricinfo revealed earlier this month that the ICC is debating allowing forms of legalised ball-tampering at international level to avoid the need to use sweat and saliva on the ball. Ball manufacturer Kookaburra has since come out with plans for a wax-applicator – although rival Dukes have said their ball does not need artificial aids to shine – and NT Cricket are open to trailing any solutions if they are available.”We are very open-minded and we’d be quite happy to work with someone like Kookaburra to trial a new wax applicator to shine the ball,” NT Cricket CEO Joel Morrison told ESPNcricinfo. “We’ve played a similar role in the past with a new T20 cricket ball they wanted to introduce. Whether it’s Kookaburra or anyone else who would like trial something and we can play a role in testing that for the rest of Australian cricket – or even global cricket – we are more than happy to do so.””Hopefully [playing cricket] is a ray of hope, not only for the cricket community in Australia but around the world to show that things are starting to get better albeit the risks always remain with Covid-19. If we do the right thing and follow the advice, then there is the ability to get back playing sooner rather than later. Hopefully to see a cricket ball bowled here in Darwin in a couple of weeks’ time gives hope to those playing across Australia.”The other key part of the Top End summer – the NT Strike League – remains uncertain to take place due to border restrictions. Two seasons ago the Strike League saw David Warner and Cameron Bancroft take part during their ball-tampering bans.Darwin was in line to host international cricket for the first since 2008 in August, for the visit of Zimbabwe for a limited-overs series, but that is now a major doubt with the borders still shut to international and domestic travel meaning anyone arriving (barring a few exceptions) needs to quarantine for 14 days. However, Morrison said the Northern Territory government was open about working with elite sport around major events if suitable plans are in place.”Darwin in particular is still very much open for business in that sense of hosting major events,” Morrison said. “We’ve spoken to CA and offered our support in whatever way they require to bring that series to life if they are in a position to do so. Obviously that series is one of a number of considerations for CA moving forward, if there’s a way we can help support that series they know we are open to working with CA and the NT government to explore all options.”