Adil Rashid may have no current plans to put his name into Test contention, but he has backed his friend and fellow spinner, the “world-class” Moeen Ali, to make a successful return when England are able to resume international competition.After nine months out of the Test side, Ali has now described himself as “probably ready” to don whites again, should England wish to pick him. While the prospects of any Tests being played during the English summer have been hit by the Covid-19 pandemic, Rashid said he was always confident that Ali would continue to be an asset for England in the longest format.”He’s a world-class player, he’s proven that over the past four-five years, being a match-winner for England,” Rashid said. “This is a decision that he wanted to make, that he thought was best for himself, to relax and have some time off and that’s something that we have to respect. But if there was going to be any cricket played this summer, I’m sure that he would have been a name mentioned as a candidate. That’s something that he’ll come back into, Test cricket.”ALSO READ: Specsavers ‘leave door open’ after ending England sponsorshipEngland’s tour of Sri Lanka in March was cut short by the escalation of the coronavirus crisis, after they had embarked on that trip without the services of Ali or Rashid – two key cogs in their 3-0 series win in 2018. Rashid’s decision to sign a white ball-only contract with Yorkshire for this season means he cannot be considered for the Test team, and he said he had no intention of reconsidering his priorities for the time being.”If my mind is set on doing something I will be 100% focused on that,” he said. “I made the decision of playing white-ball cricket for the past year or so and this decision will stand until September. From there I’ll reassess. These situations we can’t control. Once September comes, if I have the motivation, my shoulder is 100% and I feel I can get back into red-ball, that is something I would consider. At this moment, it’s about playing whatever comes around, playing white-ball cricket and looking to perform.”Rashid’s most-recent Test appearance came in the Caribbean last year. While his experience could prove valuable in India next winter, or on a rescheduled tour of Sri Lanka (should either series be played), he said the topic of Test involvement had not come up in his recent interactions with the captain, Joe Root.”I have no idea [when they last discussed Test cricket]. Maybe before New Zealand? That’s just a guess, maybe he spoke to me after that as well. But since I’ve not played Test cricket, we’ve not really spoken in that sense, because that’s a decision that I made and he respected and he didn’t interfere. So credit to him for not badgering me. We do talk about cricket generally, but Test cricket it’s probably been a few months since we talked about my ambitions.”Adil Rashid celebrates with Jason Roy Getty ImagesHaving suffered with a shoulder problem during last summer, a World Cup winner’s medal notwithstanding, Rashid has been gradually working his way back to fitness over the winter. He played three T20Is in New Zealand – his first competitive cricket since the World Cup – and then looked to be somewhere close to his best in South Africa, notably during the Johannesburg ODI when he and Ali combined to good effect on a slow pitch.”It’s getting better,” he said of his shoulder. “South Africa was a big turning point for me, because as soon as I came back from New Zealand, I had a month-and-a-half off. In that time I worked hard on my shoulder and that paid off, because I’ve seen a big, big difference in my bowling from New Zealand to South Africa. In South Africa the shoulder was stronger, a lot better, I was bowling as quickly as I’ve bowled in my career, so I was seeing a big difference.”While England have given opportunities to Matthew Parkinson, the young Lancashire legspinner, in the limited-overs formats, and he was potentially in line for a Test debut in Sri Lanka, Rashid remains the first-choice pick in Eoin Morgan’s teams. Having only turned 32 a couple of months ago, Rashid could have many productive years ahead of him – “spinners don’t hit their peak until their early 30s and late 30s” – and, fitness permitting, he hopes to be able to help England in their World Cup defence in India”I have a vision in terms of maybe achieving that, the 2023 World Cup would be lovely. Another World Cup would be nice. That’s a long way away and a lot can happen in three years in terms of performance, injuries, people coming in and out, but that’s something that I would love to do again. Ultimately [I want to] play as long as I can.” 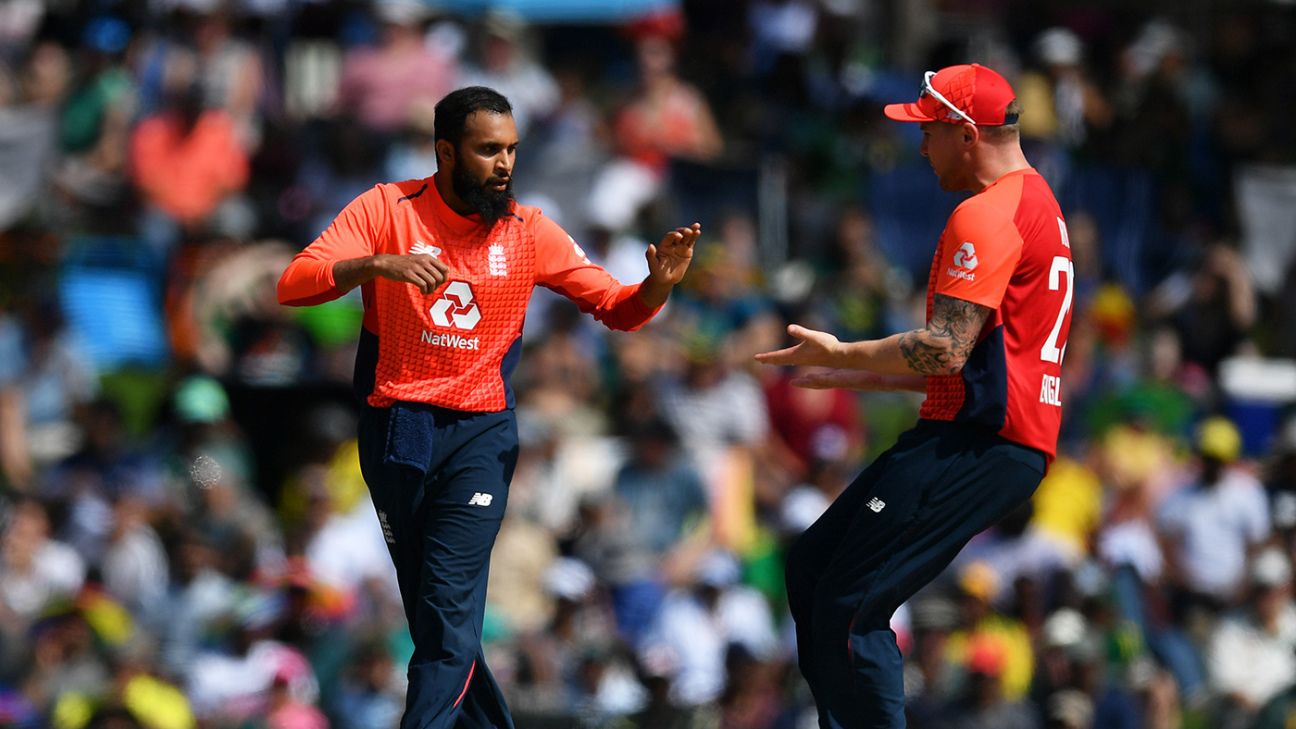